Grandpa is no longer walking. Instead, we take him on little excursions in his wheelchair. Today, after wheeling him around his senior living facility, we came back to his living room, freshly aired, and flooded with sun. Grandpa’s little apartment has panoramic views of Lake Michigan, the Harbor, and downtown Chicago. As now, I can no longer get Grandpa back in bed without assistance; instead, I wheeled him close to the window so he could look out. Then I pulled up a chair close, so I could sit by his side. 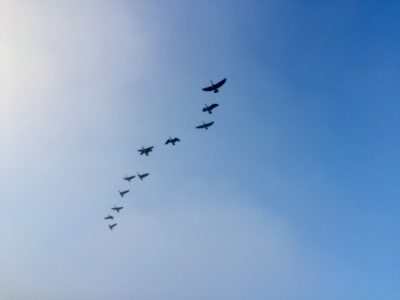 “Is that the ocean?” Grandpa asked, as we rested this way.
“No, it’s Lake Michigan,” I told him.
“We’re not in Boston?” he asked, turning to look at me.
“No, we are in Chicago.”
“Not Hawaii?” he asked.
“No, you left Hawaii over a year ago, remember? You moved to Chicago to be close to us after Grandma and Arabella died.”
“They’re dead?” He asked. “Judy, too?”
“Grandma died first,” I confirmed, “and then Arabella three months later.”
Grandpa slowly turned his head back to the water, nodding. “I remember that,” he said.
I was surprised.
“The cemetery by the Pacific with the all the tropical flowers. It had those tall, white, long-billed birds.”
“That’s right,” I agreed.
“Do you know what those birds are called?” Grandpa asked.
“They remind me of egrets,” I said. “But I don’t think they are.”
“I don’t think so either,” said Grandpa. Then, “That’s where I’ll go.”
“Yes,” I agreed.
“With Judy and Arabella.”
“That’s right,” I said.
“It’s nice there,” he noted, nodding again to the Lake.
“I like it there a lot, too,” I told him. “This might sound funny, but I find that cemetery very romantic.”
Grandpa looked at me.
“Well think of it,” I explained. “To be buried on a tropical Pacific island! You just know there has to be a story to tell.”
Grandpa was watching a plane leave a white line as it went by in the sky.
“Like Arabella’s story,” I continued, “Despite her medical challenges, she graduated Summa Cum Laude from Harvard, became a wife, mom, Chief-of-Staff of Shriner’s Hospital Honolulu,” I said, counting accomplishments off on my fingers. “And then,” I said, holding my ring finger, “Arabella often operated pro bono to help kids who otherwise lacked the resources for the medical bills.”
Grandpa nodded, but to the water. He was quiet a while. “It’s nice, the Ocean,” he said, his hand sweeping across the expansive lake.
“The ocean is nice,” I agreed.
“The sun feels good,” Grandpa added, settling a bit more deeply into his wheelchair.
“The sun does feel good,” I answered. “It’s making me sleepy it is so warm.”
“Me too,” he agreed.