Life is tenacious. This thought first struck me in 2001 when I read the memoir Shadow of the Sun, by the Polish journalist Ryszard Kapuscinski. The memoir is a collection of essays describing Kapuscinski’s 40 years’ experience reporting on Africa. In his essay, “These People, Where Are They?” Kapuscinski talks about being invited in 1991 by the United Nations High Commissioner for Refugees Affairs to visit a refugee camp in Itang, located in Western Ethiopia, close to the Sudanese border. The camp was home to approximately 150,000 Nuer refugees from the Second Sudanese War. 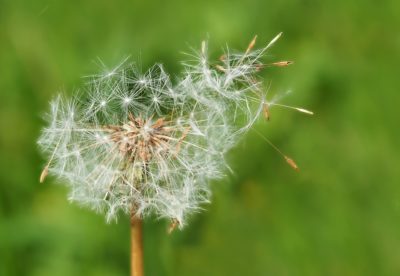 During his 1991 visit, instead of finding the refugees, Kapuscinski and the High Commissioner discovered that the camp had been attacked, wrecked and deserted. As the High Commissioner had received news from the camp just days before, this devastation was recent, and 150,000 refugees had now disappeared. As Kapuscinski and the High Commissioner walked the ruins, they came upon on a causeway that took them over mosquito-ridden marshes smelling of rot. At the end of the causeway they found some scattered, waterlogged huts, and about 200 people sitting or lying in the shallower pools of water. They had stayed, hoping aid would find them. They said that if they received aid, their life wasn’t so terrible. Without the aid, they would soon die.

Reading this essay, I remember being incredulous that people would want to continue living under such horrific conditions. Yet time and again, my experience is that people choose life. I had two friends who slowly deteriorated as their cancer progressed. In each case, they had their own redlines – “If I get so bad that I must have a stomach bag, then I’m definitely going to shoot myself.” Yet, each time they got to that point, and it was the bag or the abyss, they chose their proverbial bag. It is the same with Grandpa. If his former acute, able self was told that he was to deteriorate to his current state, I am sure he would not have wanted this. Yet now that he is here, he wants to keep living. His abilities may now be severely abbreviated, but he still finds much joy in a good ham sandwich, the feel of sun on his face, petting our “big dog” as it leans against his legs.