Since I have known him, Grandpa has found the clip, plant, rake, and weed that goes with taming verdant vegetation deeply satisfying. He likes restoring a gentle order to the yard. He likes the actual physical exercise of horticulture, especially the sniping and clipping. It had a meditative quality that Grandpa has found very pleasing. 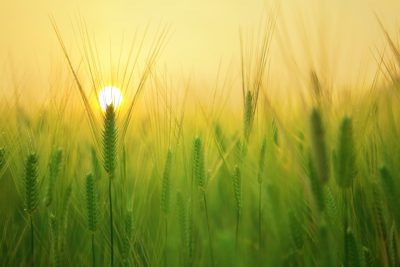 After Grandpa retired, approaching seventy, I think the decade that followed was probably Grandpa’s happiest. He had raised two brilliant, kind, successful children- Husband’s sister, now a world-renowned orthopedic pediatric surgeon. His children were having children, and his grandchildren lived close enough so that he could enjoy them regularly, while perhaps not so close that they created additional responsibility. He had a wife of 50 years, the pleasure of each other’s company they were both rediscovering, now that life’s pressures were mainly behind them. He had financial security, and the satisfaction that his whole life’s work had come to respectable fruition.

So, in this lovely place, Grandpa filled his freedom with quiet pursuits like swing dancing, cooking, Scrabble, listening to Grandma’s Classical Quartet Group when they would come often to play together, and gardening in all seasons. For Bostonian Grandpa, shoveling downy snow was just another expression of raking freshly fallen fall leaves, beautiful in red and gold.

I think the simplicity of Grandpa’s retirement was a gift after having lived a life with such real challenges. Husband’s sister was born with skeletal deficiencies, so that it took many operations and until she was well past two years before she could walk. After that, many of her childhood summers were spent recovering from surgeries, often in a full body cast.

Imagine having to care for your baby girl through operation after operation until she was 18 years old. Imagine having to do it on a professor’s salary, when having a child in a body cast all summer meant masses of additional care needs not provided by insurance. Imagine on top of that: expense finding the resources to pay for the best private education possible for your two children, and for music lessons, as music was most loved by the family. Imagine additionally, trying to give your son the attention he deserved when your daughter, seven years younger, needed constant medical attention. Imagine, on top of this, trying to build your career as professor and scholar. Know the reason that you are in Boston in the first place is that you moved to be close to Children’s Hospital, where there were the best doctors available for your baby girl’s condition.

So, yes, the simplicity of Grandpa’s retirement was relaxing, restorative, after a lifetime of so much worry. In this simplicity, in this freedom, Grandpa found much art in life’s daily routine – the pleasure of acquiring a just-ripe avocado, getting just the right snack before settling in to watch the Patriots, or clip snipping his long green hedge, until it read straight with his old yellow level, the balance bubble at equilibrium in the middle.