Sometimes, life is stranger than fiction. Today was one of those days. It started in the morning by a call from Grandpa’s senior living facility reporting that Grandpa was wandering unattended. Our regular caregiver was out of town on a much-needed break. She was being spelled by Joan, our second caregiver. Joan is both lovely and responsible. She knows that Grandpa is not allowed to be alone, so something was very odd. As Husband was already on a Saturday morning soccer run, I headed over to see what was up.

I found Grandpa at the front desk, asking what they had done with his money. I persuaded him upstairs by showing him all the money in his wallet. We found Joan in front of the TV, saying Grandpa wasn’t listening. I suggested to Joan that maybe she and Grandpa could come to my house for a while. Something wasn’t right, and bringing them to home was as much to keep an eye on Joan as it was to watch Grandpa. 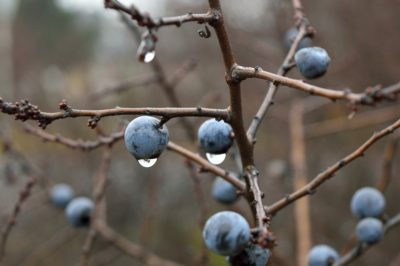 It was when we were making our way to the elevator that I realized that Joan wasn’t well. Indeed, she had an asthma attack on the short 15 paces to the elevator. In the end, we agreed that Joan should stay in Grandpa’s apartment to rest as she didn’t want to see the downstairs doctor. She would only drive home when she was feeling well, maybe after taking a nap for a bit as it was still early. She had been up several times with Grandpa the night before. I would take Grandpa with me.

At home, I scrambled to call agencies, as I didn’t want us to care for Grandpa all night if we could possibly avoid it. All the while, Grandpa paced in search of money. It was only after several calls that I noticed that his catheter bag was leaking, and he was drip, drip, dripping urine all over the floor.

When Grandpa and I finally returned to his assisted living apartment that afternoon to meet the new caregiver and to introduce her to Grandpa’s routine, I opened the door to find Joan half-dressed, and dead on the floor.

As Joan had died at work, she could not be moved until a detective came to release her body to the morgue for an autopsy. This took five hours. As I called through her unlocked phone trying to find family members to let them know what happened, Husband and the new caretaker took Grandpa back to ours. Once Joan’s family members found out that she had to go to the city morgue, none came to be with her. Instead, it was just me and a police officer waiting for the detective to come.

By 7:30 that evening, Grandpa was seriously sundown-ing, so I told Beloved to bring Grandpa and caretaker back, and I would deal with Grandpa here while Husband processed the kids at home. Grandpa arrived crazy as a hoot. He was rattled because his routine had been disrupted, and he was now being trailed by a total stranger. Almost immediately he managed to trip over dead Joan, dislodging a foot from under the sheet. Despite the stumble, I was hoping he wouldn’t clock what had just happened. No luck. He lifted the sheet. “There’s a dead body under here!” he exclaimed. Yep, we were aware of that. He looked again. “She’s dead!” Yep, still dead. His eyes then narrowed in suspicion, flitting between dead body, police officer, and me as I tried to convince him to put the sheet down. Suddenly, he shrieked, “I didn’t kill her!” Pointing at me, “She killed her. Arrest her! Don’t arrest me!”

The police officer assured him that no one was going to be arrested. That calmed Grandpa for a bit, but for the next hour and a half until the detective finally came, Grandpa remembered just enough to periodically look under the sheet. “There’s a dead body under here!” “Oh God, please, no,” I would whisper under my breath. “Arrest her,” he shouted to the police officer. “She did it, not me!”