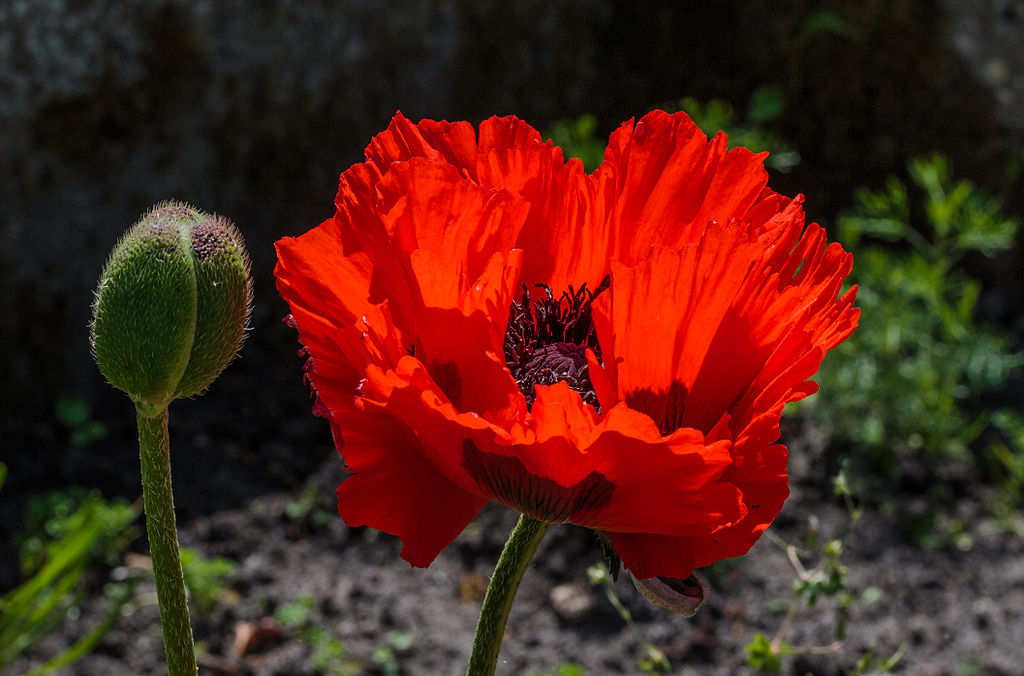 The red field poppy is an annual flower that blooms between May and August. Its seeds are scattered on the breeze and can lie dormant in the ground for years. If the ground where the poppies are buried is churned in the early spring, the seeds germinate, and with good light and rain, the poppies will blossom within weeks.

Throughout World War I, in many of the French and Belgium battlefields, the fighting so agitated the soil that spring brought blankets of red poppies scattered between the trenches. Think of this – in Flanders alone – made famous by McCrae’s In Flanders Fields– over 500,000 men died. In the Battle of the Somme, which took place over 140 days between July and November 1916, three million men fought, and over one million were wounded or killed. Over 1 million men is an unimaginable number. This means over 7,000 bodies dead or wounded daily, with only primitive field hospitals for care. After such an apocalypse, I would have been astonished that such beauty as the red poppies could still exist. I wonder how many soldiers saw the beauty, too, even in those darkest of moments? Or was their capacity to know beauty completely extinguished by all the devastation?

I have never been to war, but I have lost many people I have loved. At times, the pain and emptiness from this death has been so raw, so devastating, so defeating, that it felt there was nothing else but hurt and darkness. During the Battle of the Somme, imagine what else would have been there with the pain – terror, hatred, deafening noise, burnt flesh, the scream of wounded horses, exhaustion, courage, chaos, anguish. If I had been at the Somme, there would be the dead whose lives I would had taken with my own hands.

Still, time passes. Responsibilities continue. Battles end one day. Life’s persistence, its loveliness, its resilience once again catches me out. The sad darkness in which I am cocooned becomes a bit murkier, a bit less dark. Emerging tentatively, gingerly from the shroud, I am not the same me. Each loss makes its presence known. Still, one day something unexpectedly makes me laugh and laugh, and the laughing feels so good, and I am astonished that I still know how.